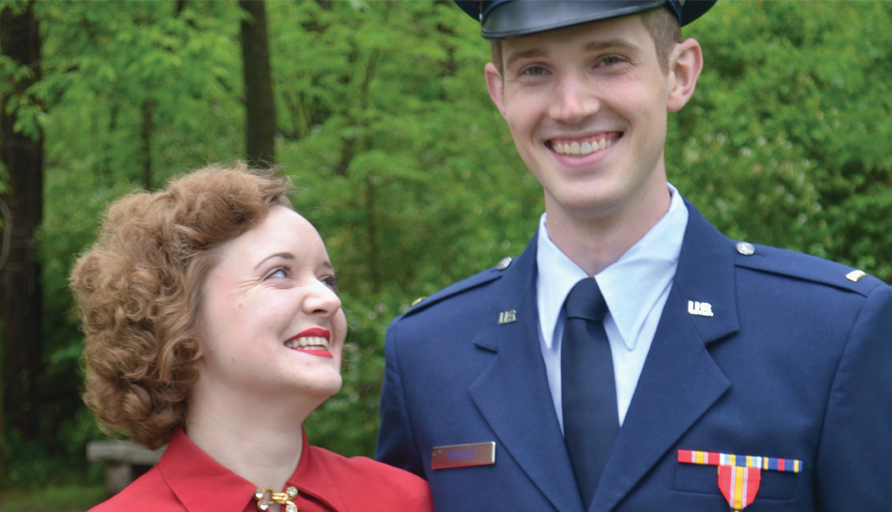 Until this week, our most recent, good couple photos were from our wedding… three years ago.  Yes, we were way behind.  When the chance to go to a military ball hosted by the Veterans’ Associations at our local universities came up, Jacob and I took it!  We also used the reason to dress up as a reason to take some new couple photos before the event! 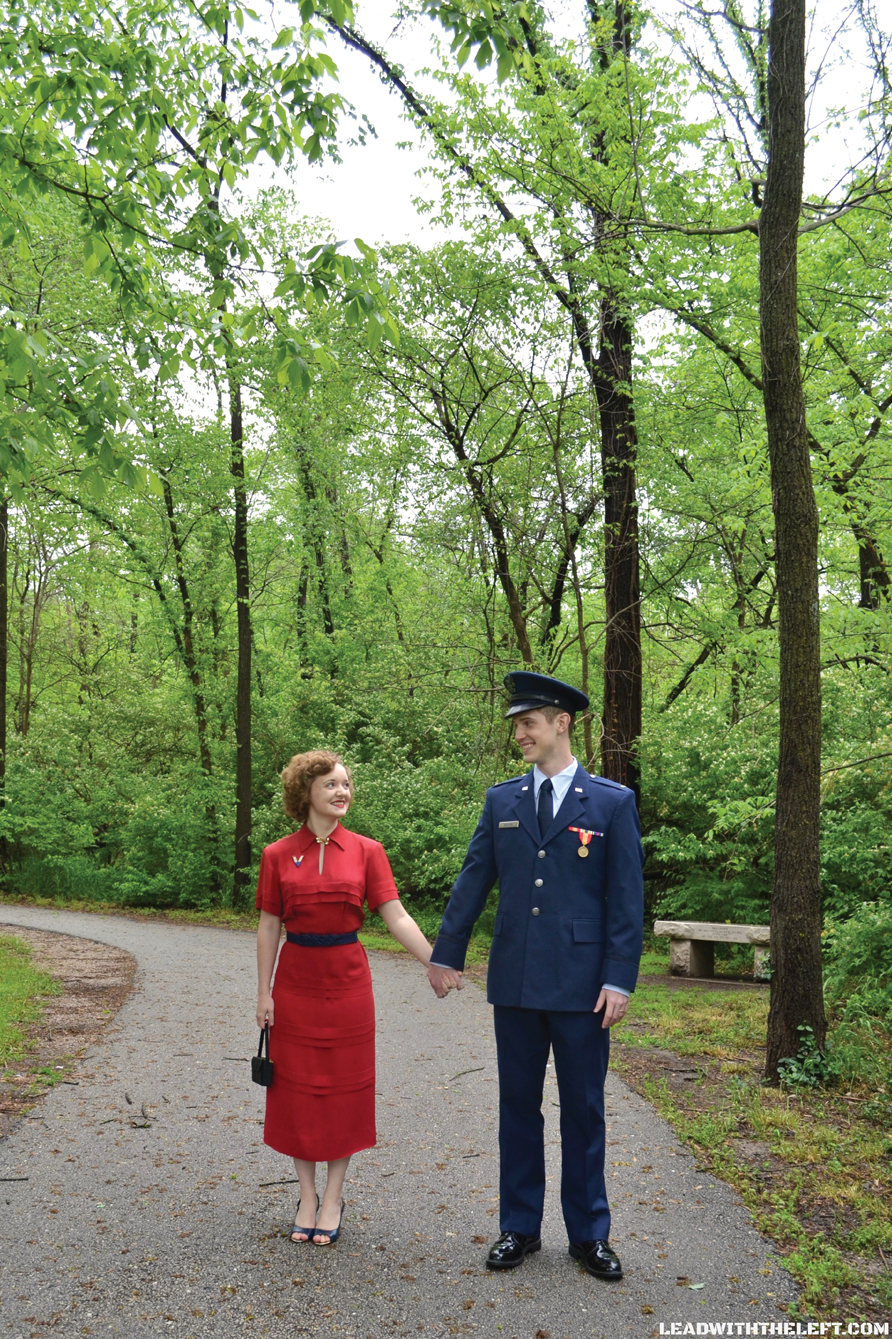 My sister was kind enough to snap some new ones for us, and I’m quite happy with how they’ve turned out.  Since our last photos I’ve gotten my hair cut short and Jacob has moved from enlisted to a commissioned officer, so it was about time we updated! 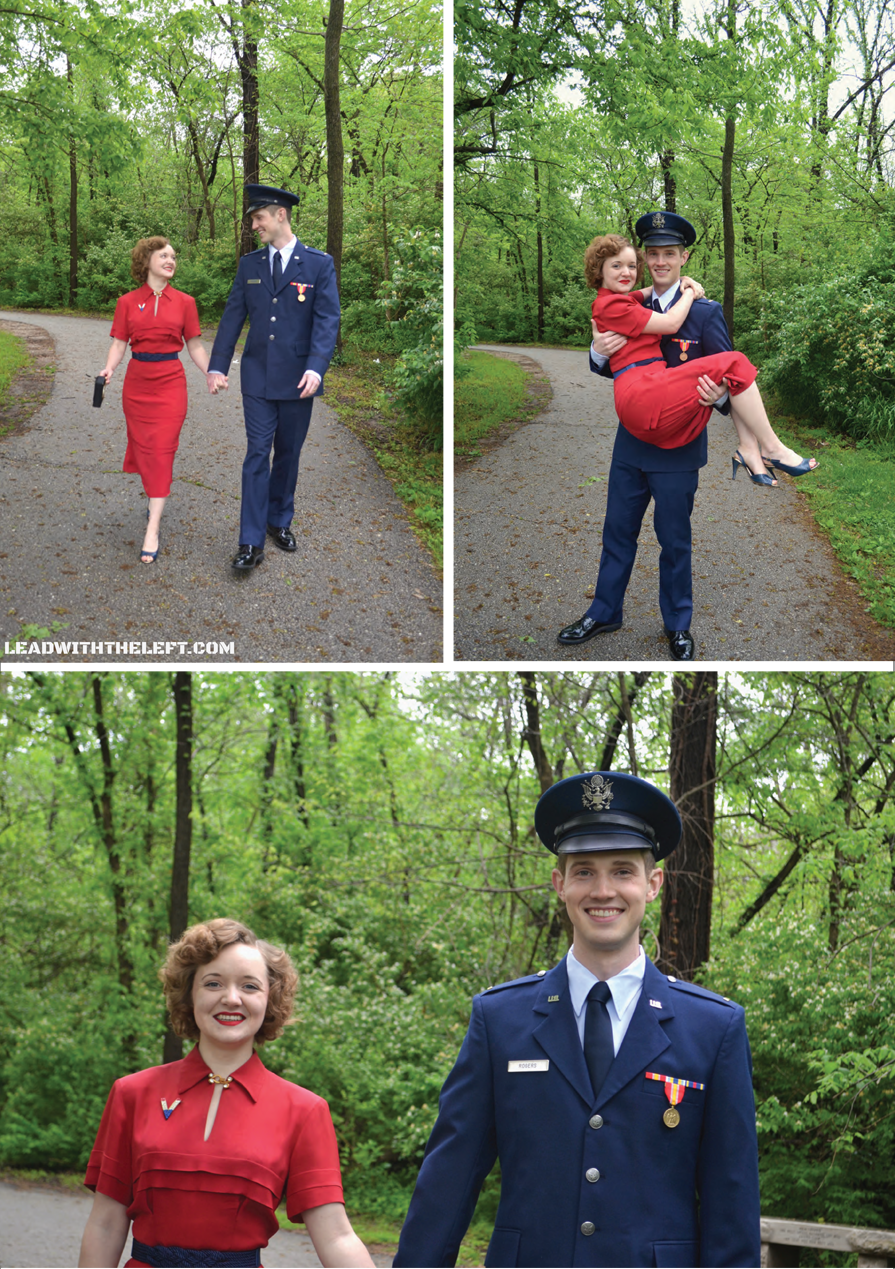 My dress is a vintage dress from the 1940s, as is my pin.  My shoes and little purse are probably from the 1950s/60s.  I love wearing vintage fashion, and it pairs perfectly with military uniforms!  My favorite decade, the 1940s, was of course the decade in which WW2 was fought, so there are lots of patriotic and military-inspired women’s clothing and accessories to be found from this era.  (Check out some more 1940s patriotic jewelry in this post!)

Jacob, of course, wore his uniform.  The fact that his outfit is picked out for the next twenty years is one of his favorite parts of being in the military, ha! 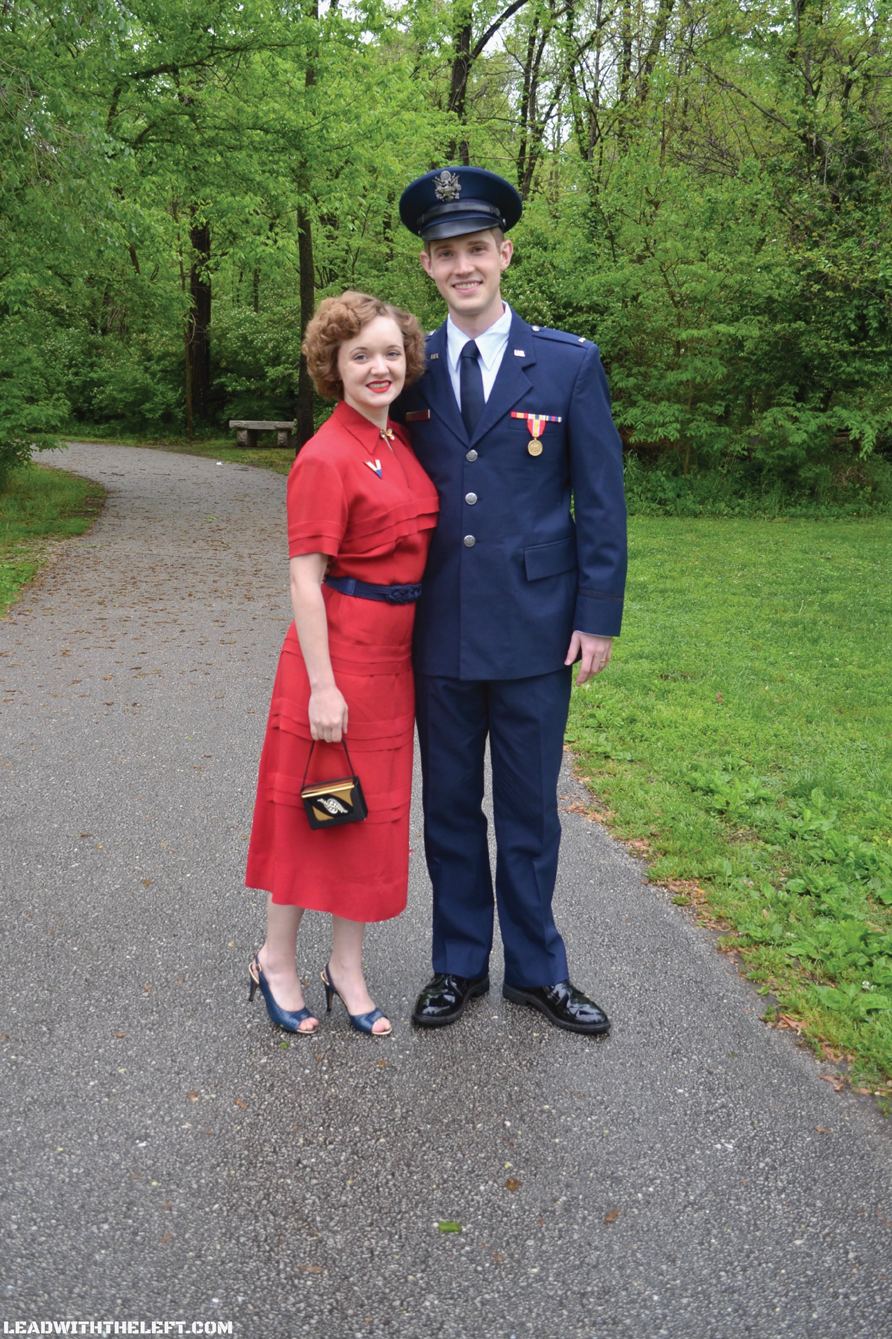 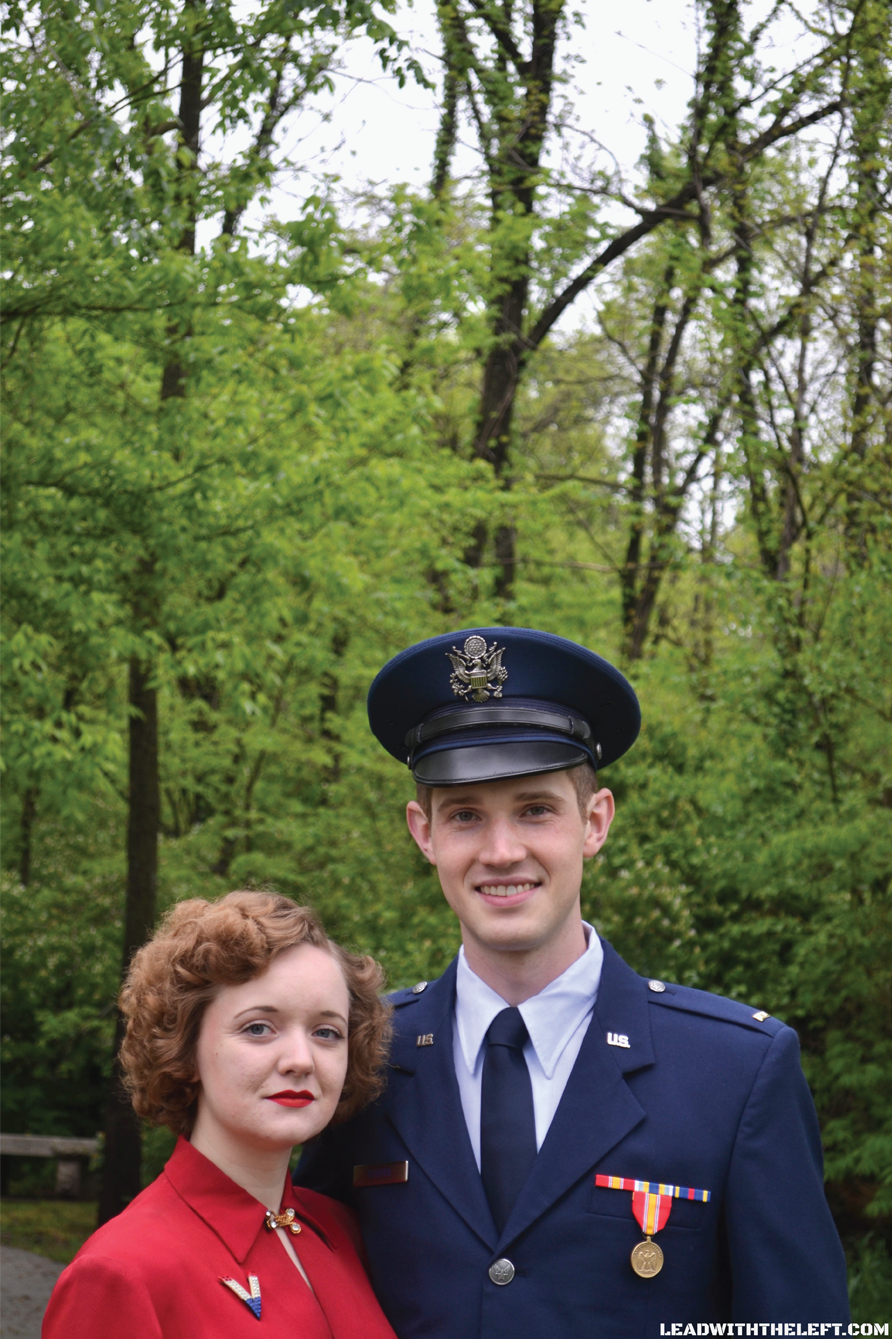 We had a fun time at the military ball and got to meet some new people.  This was actually the first ball Jacob and I have ever been to in our six years of being a couple, how crazy is that?!  Military balls are one of the major perks of marrying a military man, so it was about time!