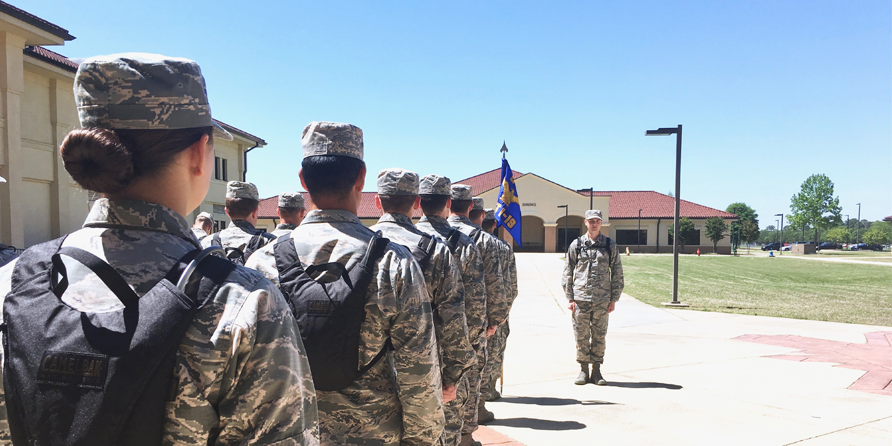 I’M DONE.  I’ve officially graduated Officer Training School and commissioned as a 2nd Lieutenant! Two months of work, but I’m finally done and Jacob and I are on our way to our first station.  We’re SO excited to start real Air Force life!

Some of you have asked about my experiences here at TFOT, so in this post I’ll share my personal perspectives and what a bit of it was like. In a previous post I have tips for those of you that may attend TFOT in the future (read them here).

Here’s a brief overview of what my time in training was like.  Keep in mind that the TFOT program is definitely going to be changing in the future, so any of you that attend upcoming classes may have different experiences. Even with those future changes aside, the type of experience you have at TFOT is hugely dependent on which program you’re in (DET12 or 24TRS) and your flight commander. 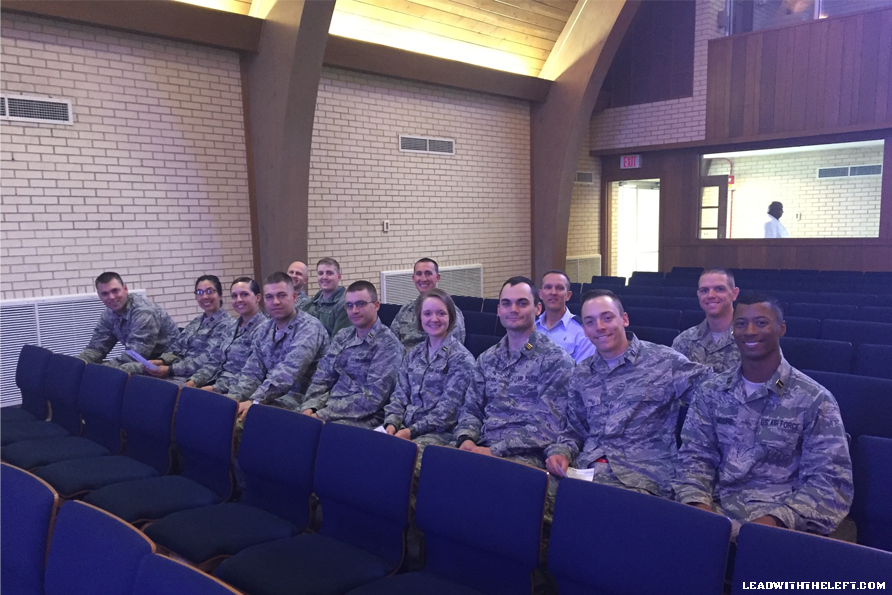 This is the time of in-processing, filling out lots of documents, getting yelled at, standing for literally hours on end, and learning how to march. I was really tired all the time and sore from standing all the time.  I also didn’t really know anyone but my roommates for the first several days. We were rarely allowed to talk, and we hadn’t been put in our flights yet so I was always around different people. Most people that dropped out did so during the first couple weeks. Honestly, if you can’t handle this, you do need to go home. If this is just too stressful for you, you don’t need to be a military officer. But if you resolve to do your best, stay positive, and commit to getting through this phase, you’ll do fine.

Also, no caffeine, no civilian clothes at any time, no going off-base, no phones, etc. 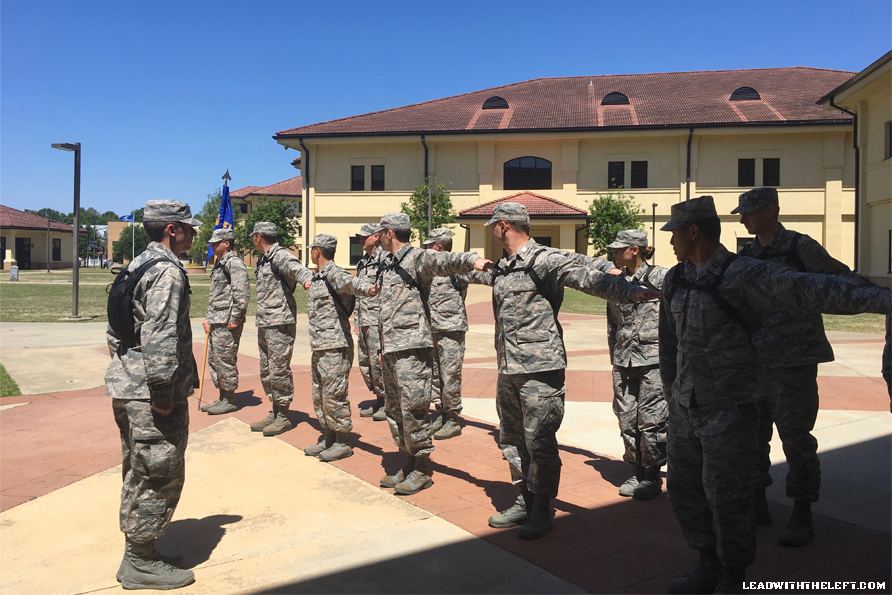 Depending on how well your class does in adjusting to customs and courtesies, marching, and the OTSMAN rules, the MTIs will proportionately let up on you. Our class apparently caught on quickly, so the MTIs did less yelling after Week 3 and moved on to spot corrections.

We also did the Physical Fitness Baseline (PFB), a fitness test that determined whether or not you got to stay at OTS. (COME PREPARED.) If you failed it, you had one week before re-testing. If you failed that, you went home. Several people from our class went home for that. 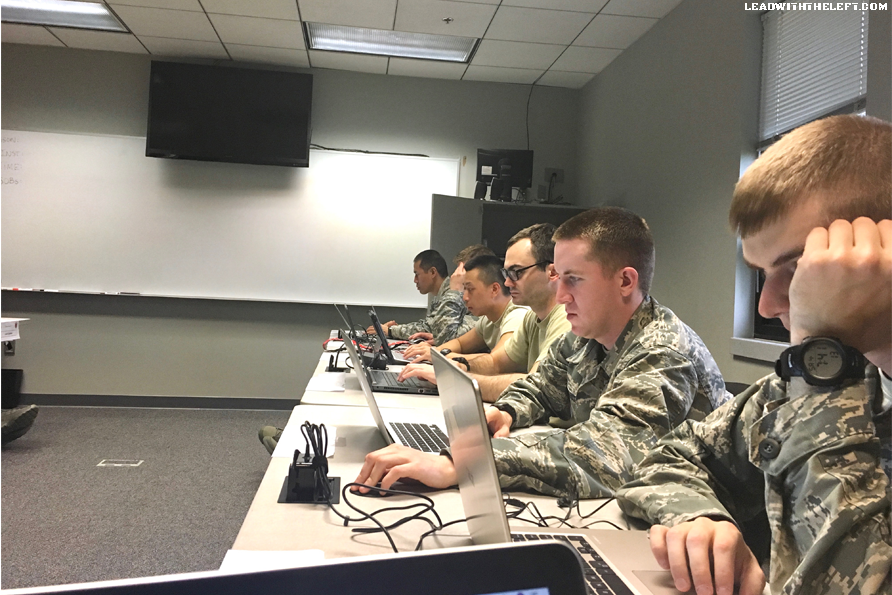 adaptability, leadership exercises, getting into the routine, criticism

I’m not dividing up training into the exact weeks and going into detail about everything we did because, honestly…. the ambiguity and not knowing exactly what to expect is a big part of the learning curve.  If that bothers you, learn to deal with it and make it not bother you. You just won’t know everything going in and that’s part of developing your adaptability and leadership skills.

I did quite well on some leadership exercises and not so well on others. Grading was a bit subjective depending on the grader. However, I learned to take the criticism and grow from it. Learn from the feedback that others get as well. Discuss it with flight mates you respect and really think about what the 2nd Lieutenant version of yourself looks like. Your flight is likely to have several former NCOs and SNCOs that can give you good insight, particularly if you’re new to military life. Ask them lots of questions and learn from them.

We also did peer reviews. We put one person at the front of the room and each other flight mate had to give them constructive criticism on their leadership, character, etc. For some people this was rougher than others. My flight was pretty tight and kept it positive and encouraging while also being real with those that needed a kick in the pants. It’s very valuable insight, so learn from this criticism as well.

We also did “mid-term feedback” with our flight commander. Again… Take the criticism and learn from it. If you get less-than-glowing feedback, you have time to change and experiment with your leadership through the rest of OTS. Don’t sweat it, just get better.

Depending on the flight, many of us could now go off base or run errands and do fun things as we wanted. This is fun, but it’s also an opportunity to get in trouble. Watch each other and be responsible with where you’re going and what you’re doing. If you drink, be smart about it.

These last couple weeks we had a bit more freedom.  Since academics were completed around week 6, the rest of the briefs and knowledge given to us during this time were for practical, after-OTS stuff (like interpreting orders, PCSing, etc.) or for fine-tuning our leadership perspectives and getting practical advice from our flight CC, NCOs, SNCOs, and others.

We did another peer review session, the same way as for the first. Once again, my flight had criticism for each other and was pretty honest while still staying constructive. It’s really up to you guys as to how well or badly this goes; our flight CC was not present for these. In the last few weeks you do a lot of self-regulating and keeping each other on track.

By this point, we’re tired. We’re done. We’re ready to leave. It’s hard to stay motivated and focused, but you really need to buckle down and keep doing your best. I also noticed that as flights get more privileges and spend less time with each other, some flights had a lot more drama or grew apart. Staying tight as a team and still being fully present instead of checking out is definitely worth fighting for in these last couple weeks. 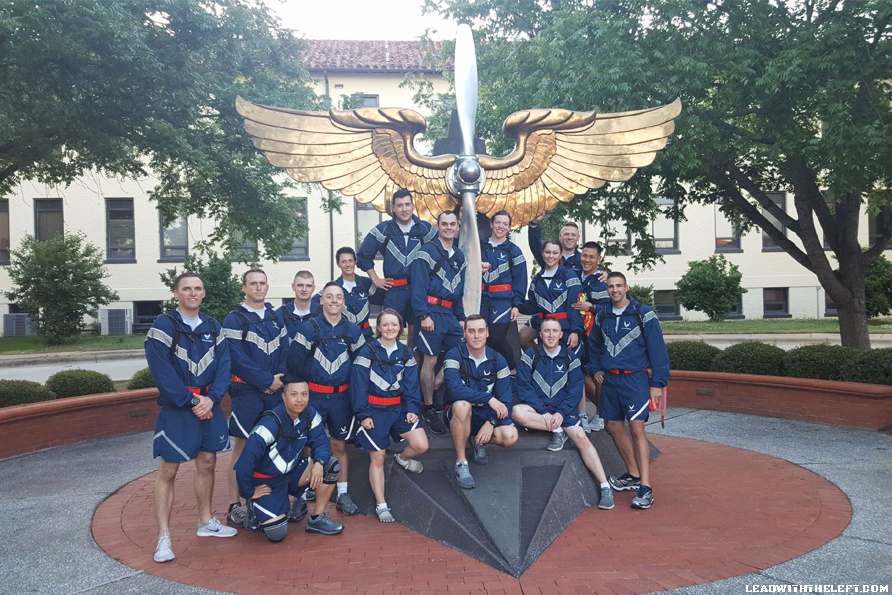 At the weekend before graduation, we were granted “3rd Lieutenant status.” Everyone got privileges to go off base after scheduled training events, wear civvies, drink alcohol if desired, carry their phone, and walk like normal humans after training hours. Even if flights had not been granted these privileges by their flight commander, they were now universally applied by the squadron commander.

This was the week in which we had our dining in. From what I’ve heard, this is the first time they had done a dining in in a really long time.  We all wore mess dress and attended the dinner event.  (If you haven’t been to a dining in, it could be fun to look it up. Lots of tradition and heritage with good times.)

Besides that, much of our day was filled with working on our own after-OTS logistics (further schooling, PCSing, etc.) and out-processing. Cadets picked up family members from the airport when needed, we finished graduation ceremony preparations, and packed our things.

Finally, our two days of graduation festivities came! The first day had some events for family members to attend while we out-processed and practiced for the awards ceremony. The ceremony took place that afternoon, and after that we were free to hang out with our families.

To seal the deal, next came the parade.  Our family members crowded on to the bleachers and watched as we showed off our marching skills. We finished with the Airman’s Creed and officer’s oath. We were then free to go, like real people! Real, commissioned people! 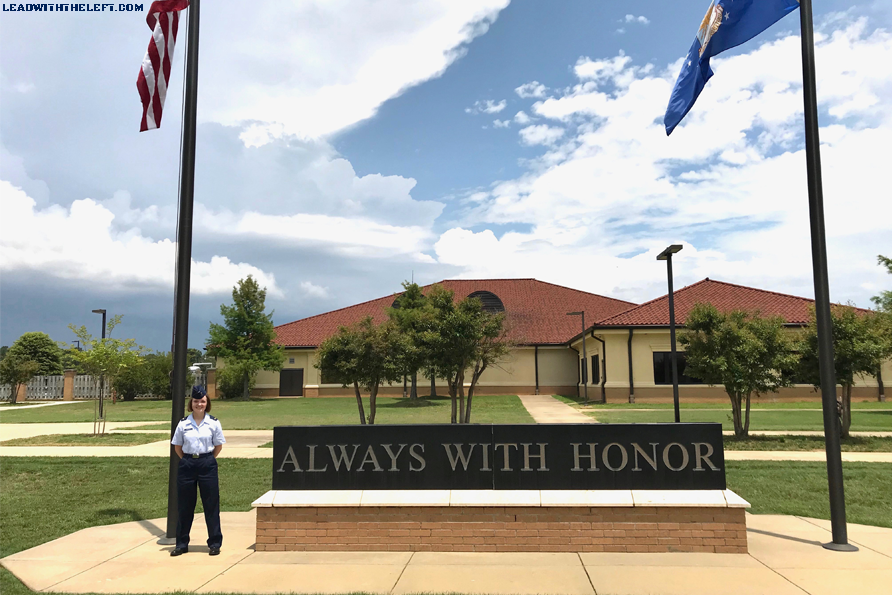 Overall, OTS was admittedly not the most physically demanding as long as you came prepared for the PT tests. However, the thing about OTS is that they don’t herd you around like sheep the whole time. They don’t spoon feed you. They don’t create your schedule from waking until sleeping. You have to regulate yourself, solve your own problems, and make wise choices in what to do with your free time. Although they want everyone to graduate, you will not be recycled to a next class if you fail or drop out (excluding some medical and PT-related circumstances I heard about). You have to take the opportunity seriously and do your best. Study hard, work hard, learn from criticism, commission!

Do you have any questions I might be able to help with? Anyone else have an OTS story to share? 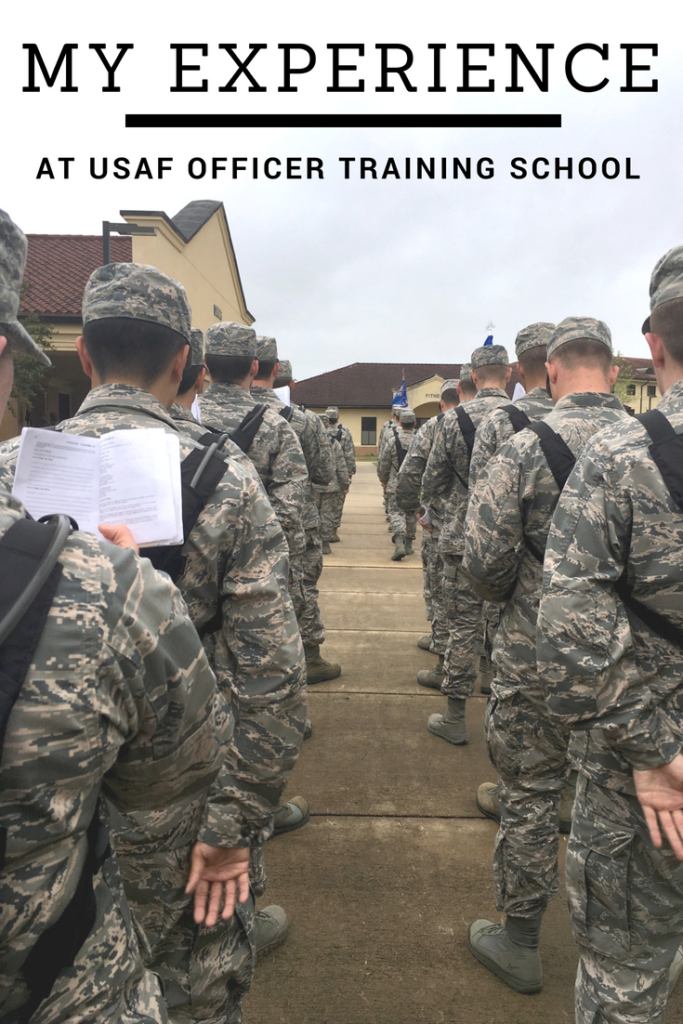