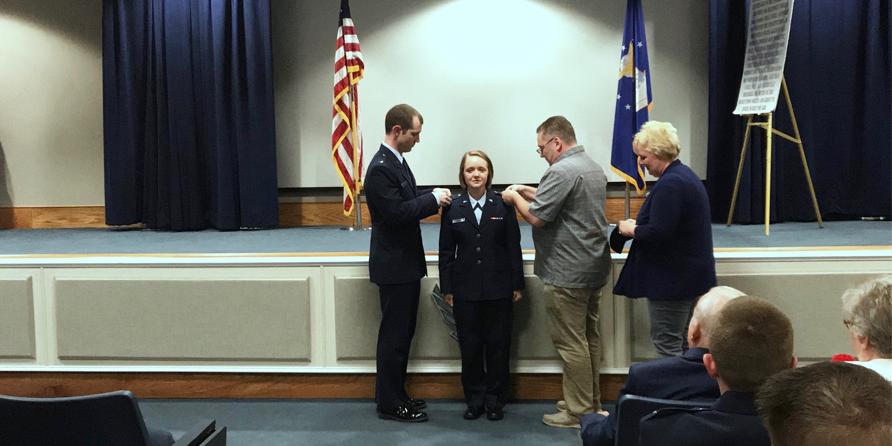 This week marked my first six months as an Air Force officer! It feels like the best-hardest-longest-shortest-most-amazing six months of my life so far. I’ve observed some things throughout these last few months and had new discoveries and realizations I’d like to share:

tldr: I’m really glad I joined and I look forward to the future!

1. This is one of the most difficult things I’ve done in my life.

I would put it second only to moving to Egypt when I was a teenager.  Luckily, that Egypt move gave me a lot of tools to handle other big life changes, including joining the military. However, adjusting to military life is, of course, different. I’ve encountered challenges and situations that have been new to me and I’ve had to figure them out as I go. My job is more complex than most of my civilian jobs were and requires a lot more effort and concentration to meet the higher standards.

2. This is one of the most rewarding things I’ve done in my life.

Because many parts of military life are challenging, every little victory and improvement I have I feel down to my soul! Because there are rarely “easy wins” for me at this point (I’m new to almost everything), every step forward feels so earned.

As low man on the totem pole in many of my jobs during and after college, not much strategic, high-level thinking was really required.  As an officer on a wing staff, I have the responsibility of providing good guidance to commanders, even while at my lower rank. Particularly now that I’ve received more communications training at the Defense Information School, I see how important it is for me to think strategically in this role. In fact… it’s everything! I’ve been developing this ability over time and, while I still have a lot to learn, it’s becoming clearer to me.

4. My civilian experiences actually equipped me for this a lot.

I’ve discovered over this six months that I actually have a lot of tools at my disposal already from my civilian experiences that come in handy as an officer in Public Affairs. Whether it’s the ability to listen and work with different people I developed as a pastor or my social media experiences working on my blog and at the Warrior’s Journey, I have relevant skills I bring to PA, even as a new officer. I was briefly concerned after commissioning that being an older lieutenant would set me back, but it’s actually been more of an asset. I have after-college experiences that have set me up to lead and work better than I would have if I had joined right after college. None of those experiences were a waste.

5. The opportunities are amazing.

I have been astounded at all the opportunities given to me already while being in the Air Force. I’ve gotten to tour a nuclear lab, attend an environmental conference, receive extensive job and leadership training… and I’ve been paid to do it. These kinds of opportunities were rare for me (and I’d dare to say most young professionals) in the civilian world, so I absolutely do not take them for granted!

6. I have never felt like who I am is such a strength.

Before the Air Force, I was in a lot of settings and jobs where who I was as a person seemed to be more of a liability than a strength. I was too robotic, too straight-shooting, too aggressive, too forceful. However, the Air Force culture doesn’t generally see my traits the same way. In a military context, those same qualities are seen as objective, direct, assertive, and motivated. I won’t lie, I’ve never felt so at home in a culture. (And I’ve lived in several cultures!) There’s still a learning curve, of course, but the military context is one I’m finding I really love and thrive in.

Any other newer-to-the-military warriors out there?  What have you observed or realized during your first experiences in the military?