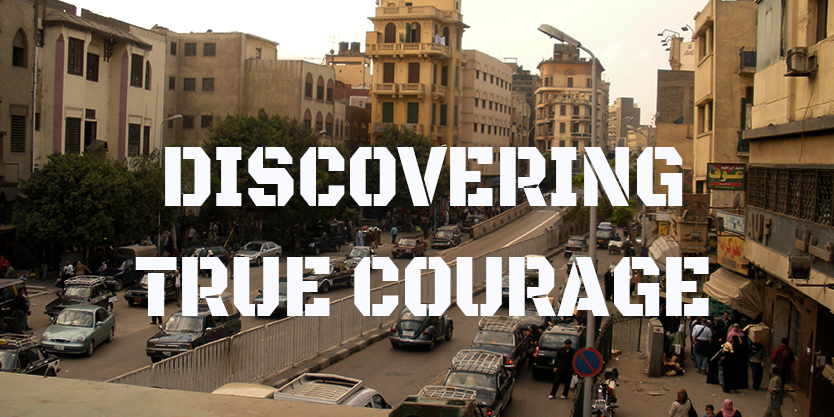 “God is able to protect me, but he probably won’t, so I need to have my own back.”

As you may have read on the About page here on the blog, I spent my last two years of high school living in Egypt and Sudan with my family.  While they were incredible, life-changing times I wouldn’t trade for anything, constantly having to be vigilant in protecting myself and my sister as we went through our day together really took its toll.  I didn’t particularly feel it in the moment (adrenaline has its uses!), but after I went to college I had trouble dealing with some of the scary and dangerous situations I encountered.

Sexual harassment was an almost daily occurrence in Egypt, and I got groped by random men a lot. One time our metro car was stopped and the doors remained closed because one of the cars had a homemade bomb on it.  Once or twice I pulled my sister back just in time to avoid a bus as we crossed the chaotic streets.  One evening as my sister and I were going home, a man followed us and I was scared enough to grip my knife in my hand while thinking through contingency plans.

While all of these situations were by no means the defining experiences of my time there (there were FAR more beautiful and wonderful memories than bad ones, please understand), I unknowingly began to form a view of courage and God that wasn’t true.  I began to think that courage wasn’t acknowledging my fear; it was just pushing it to the side and doing what I had to do.  I just decided not to be afraid, and when scary situations arose, I told myself I wasn’t.  I just braced myself and thought of my next move. I got into the habit of ignoring fear and soon didn’t really feel scared at any time.  I just felt angry or defensive.  Or numb.

I got into the habit of ignoring fear and soon didn’t really feel scared at any time.  I just felt angry or defensive.  Or numb. 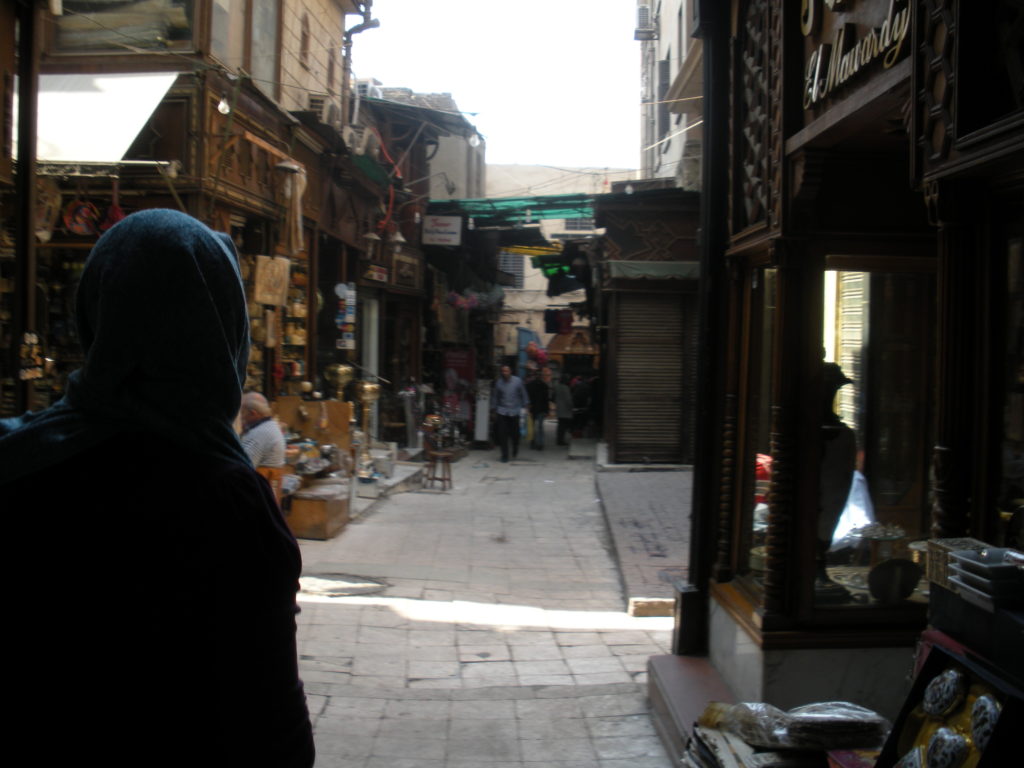 I would have told you I trusted God and his protection, but even when I moved back to the U.S. there were nights when I was sleeping with a knife under my pillow and running through contingency plans as I fell asleep. When I felt scared or nervous, I just told myself it was stupid to feel that way and pushed it down.  I had to be “brave.”

Eventually, someone encouraged me to acknowledge when I was scared.  At first it felt like weakness, even just acknowledging it.  But then as I admitted to myself when I was afraid and worked through the fear with logic and prayer… it decreased.  I realized that I had not really been trusting God; I had been trusting myself.  I was worried and vigilant all the time because I realized that if I have only myself to protect me and my loved ones, I had to be on my game.  It could be over in an instant if I let down my guard.

But when I acknowledged my fear and distrust and handed it to God, he began to work on me.  He showed me that though he may not always protect me physically, it’s not because he doesn’t love me.  It means that sometimes he has to put his people in dangerous places to get important stuff done (we military people can definitely understand that), but he always, always has the ability to heal any wounds I incur.  Like a good father, he is gutted when he sees his children hurting, but he can also miraculously turn temporary pain into eternal gain.  He never left my side in my difficult circumstances, he always loved me, and over time he healed me.

Now, I’m actually brave.  I can look fear in the face, and instead of pretending it isn’t there, I can punch it and put it behind me.  I can go into dangerous situations knowing that God’s got my six, and if it’s not my time nothing can touch me.  My safety doesn’t rely on myself or my skills; my safety resides in the hands of “the God of angel armies.”  I can live life with brave abandon, taking the risks I am called to take with authentic courage knowing that God will either protect me in the moment, heal me after, or I get to go home to heaven.  Either way, I make it.  Either way, my future is secure.

Admittedly, it takes a lot of trust to give myself and my loved ones over to God without a guarantee of physical safety.  But you know what?  The more I get to know God… the easier that trust becomes.  I will never regret handing anything or anyone over to God, because he takes care of it better than I ever could.

“Yes, and I will continue to rejoice, for I know that through your prayers and God’s provision of the Spirit of Jesus Christ what has happened to me will turn out for my deliverance. I eagerly expect and hope that I will in no way be ashamed, but will have sufficient courage so that now as always Christ will be exalted in my body, whether by life or by death. For to me, to live is Christ and to die is gain.” – Philippians 1:18-21

Has there been a time when you faced deep, terrible fear?  How has it shaped your view of yourself and of God?  Has God healed you from any past experiences? What is true courage to you?   (This is a deep issue, so feel free to message me if you’d like to talk privately.)