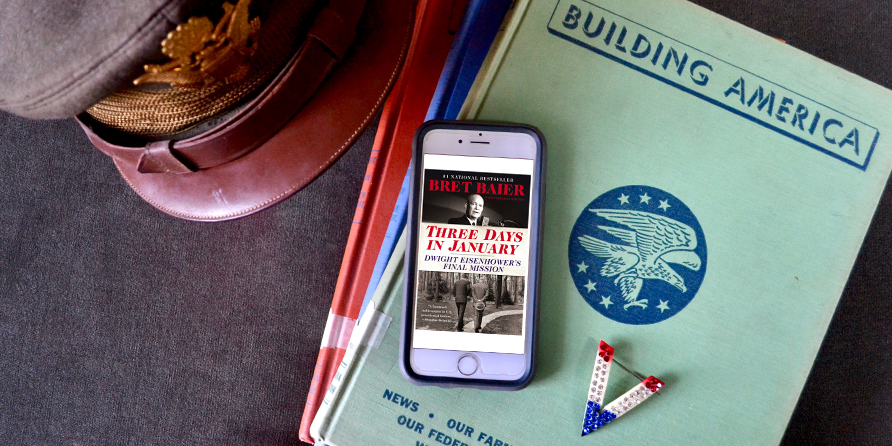 “His was not the dramatic leadership of an era with bombs bursting in midair, but the wise course of a military strategist who rescued the world from that inevitability.”

Dwight “Ike” Eisenhower is one of the most paradoxical figures of 20th century America.  He had never seen battle when he became Supreme Commander of Europe in World War II. He was a military hero who fought for peace during his presidency. He revered the organization and necessity of the military while also warning of its overreach. Baier’s book Three Days in January highlights the last three days of this remarkable’s man presidency as a summary of his legacy.

Baier divides the book into three parts: The Setting, The Speech, The Final Mission.  The first section describes a bit of Eisenhower’s life, military career, and path to the presidency. The second section describes the care with which Ike crafted his farewell address at the end of his presidency and why he chose to include particular issues.  Lastly, Baier illustrates Eisenhower’s “final mission” of transferring presidential power and knowledge to prepare John F. Kennedy for his term in an increasingly hostile world. 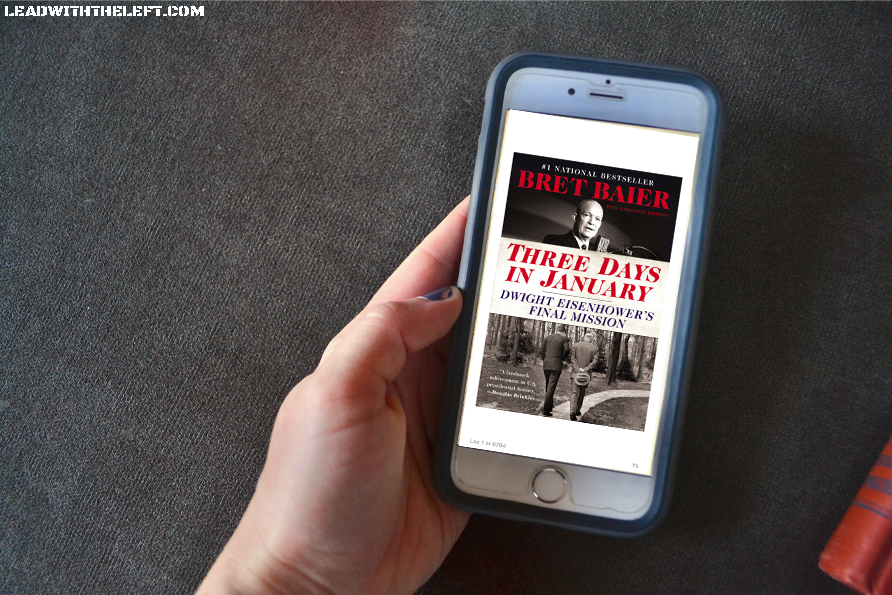 I really enjoyed this book. It helped me understand Eisenhower more as a person, seeing how his ideals and principles shaped his presidential actions. I learned about his style of leadership through the stories Baier included of his time as Supreme Commander in Europe and architect of the D-Day invasion. The author deftly weaves various pieces from Eisenhower’s life, writings, and speeches to give context and insight to his choices, particularly those relating to foreign relations and America’s place on the world stage.

Baier, the Chief Political Anchor for Fox News, is writing from a journalist’s perspective.  He did a huge amount of research and brings a diversity of sources together to paint a picture of Eisenhower that is quite positive. In the last chapters, he ties Eisenhower’s beliefs on war, the military-industrial complex (a term he coined), and America’s place in the world to modern events like the War on Terror and Donald Trump’s presidential election. He seems to agree with Eisenhower’s conclusions, even depicting Truman and JFK in an unfavorable light in comparison.  However, he seems to have captured Eisenhower’s point of view and his motivations in the process.

One of the most valuable traits Ike carried throughout his life was a willingness to work for and with people with whom he did not agree and, sometimes, didn’t like at all. He was a hugely collaborative president that consistently reached across the aisle in order to get things done and was known to often ask, “But what is good for America?“

As a younger person, I don’t think I had a full appreciation of what President Eisenhower did for America until I read this book. The events of his military leadership and presidency still affect the country today, and his warnings on nuclear armament, bi-partisanship, and the military-industrial complex feel especially applicable in today’s world. Quite honestly… I wish we still had Ike around.

I have been greatly affected by this telling of Eisenhower’s life and perspectives.  I’ll be pondering them for a long time and treating him as a “mentor from the past” in building my own life and views. I highly recommend this book, particularly for those of us in the military. He truly was the embodiment of the soldier who knows war and thus prays for peace. 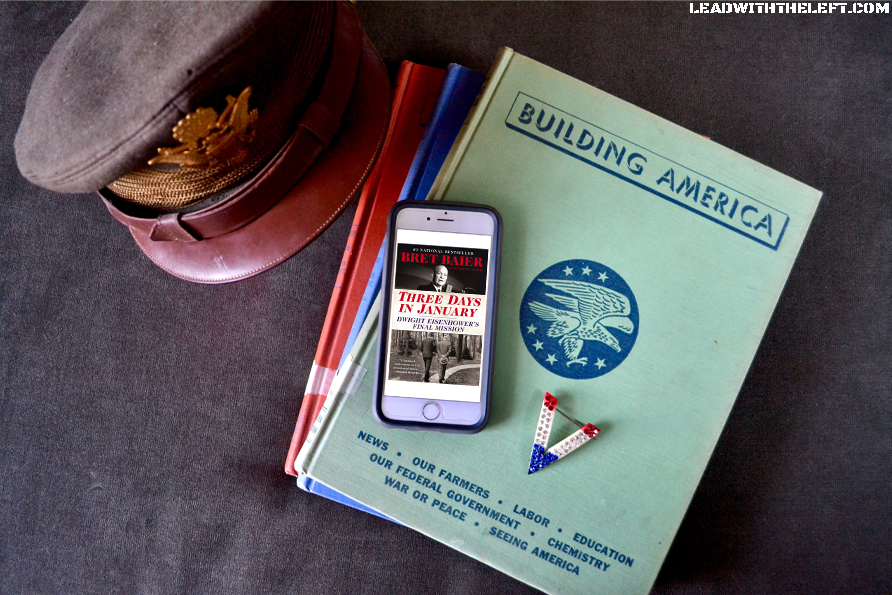 The book is full of good quotes because Eisenhower was a powerful communicator and Baier is a great storyteller.  Here are just a few:

“In describing Ike’s life and final mission, we are inescapably drawn to a central question of our era as well—that is, How should we use our military might in the world? Never before or since has any president been as confident of the answer as Eisenhower—or as willing to articulate a daring and controversial philosophy.”

“Suaviter in modo, fortiter in re: ‘Gently in manner, strong in deed.'”

“May we pursue the right—without self-righteousness. May we know unity—without conformity. May we grow in strength—without pride in self. May we, in our dealings with all peoples of the earth, ever speak truth and serve justice.” (excerpt from President Eisenhower’s second inaugural address, 1957)

“Eisenhower was a paradox—a man of war who craved peace. Many people assume that when you put a general in the White House it elevates the military class. Yet if a single theme defined his eight-year presidency, it was the goal of keeping the world from war. As a man who knew firsthand the scourge of the battlefield, he was alert to the terrible prospect of a ‘battlefield’ consumed in a mushroom cloud.”

“The ability to get things accomplished in the absence of a synchronized choir of approval is one of the greatest tests of leadership.”

Have you read this book or read up on Eisenhower elsewhere? Are you familiar with any of Eisenhower’s policies on nuclear arms or the military-industrial complex?  What do you think of them?  Any other Eisenhower books you’d recommend?