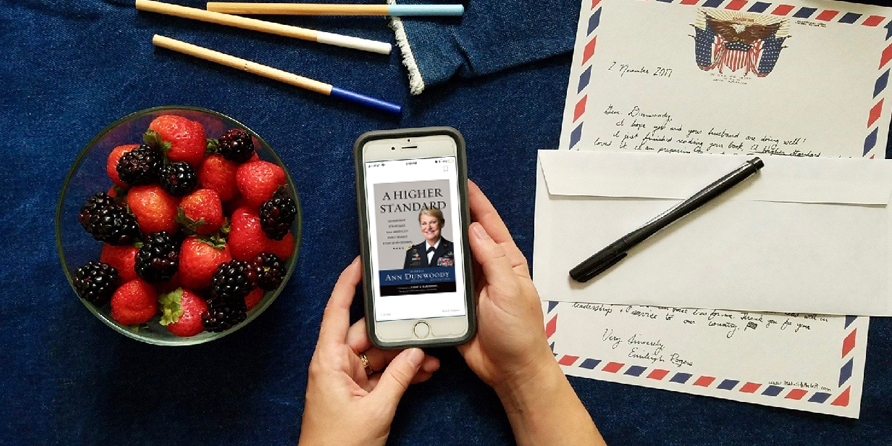 When I picked out this book by Army Gen. Ann Dunwoody, I knew it was sure to contain some great information.  I mean, the first female four-star general in America’s history?  Surely she knows stuff.  What I didn’t expect was the wealth of information I gleaned from every single chapter.

This book is written by the warrior, for the warrior.  This is no “military lite,” and unless you’ve been in the Army for a few years, you may need to keep a military acronym dictionary handy.  Gen. Dunwoody shares eleven leadership principles in eleven chapters, pulling stories from her life to illustrate each of them in several ways.  And you can trust what she says.  Nominated for a four-star position in 2008, she was also a master parachutist and rigger, a deputy Chief of Staff, Commanding General, and lots of other amazing things.  (Learn more about her full career here.)  She’s been living up to “a higher standard” her whole life.

A Higher Standard can be summed up in her first leadership point:

Meeting the standard will always suffice if you want to be average or just get by.  Exceeding the standard and living to a higher standard can lead to success and the achievement of your dreams.

If you’d like to know what it takes to be an above-and-beyond, high quality, successful warrior and leader from a person who has actually been there and done it, then this is the book for you.

The part that I particularly appreciate is the way she uses examples from all points in her military career.  She shows how to live out principles such as, “Do the right thing for the right reason,” as a second lieutenant, a battalion commander, and a deputy Chief of Staff for logistics in the Pentagon.  It doesn’t matter where you may be in your military career; she applies these principles at many ranks, in multiple situations, and lots of locations.  The standards she sets are timeless and universal.

Another aspect I gleaned a lot from in this book is insight into military culture.  She tells many stories of day-to-day problems many of us in the military face: personality clashes, sexism, unethical actions by coworkers, having to bite the bullet and do what’s right when it could be risky to our careers.  Gen. Dunwoody explains her thought processes to determine when she used formal channels and when she utilized informal channels to get things done or correct problems.  Her insight into how to create good relationships with superiors, peers, and subordinates and to earn their trust and respect is invaluable. 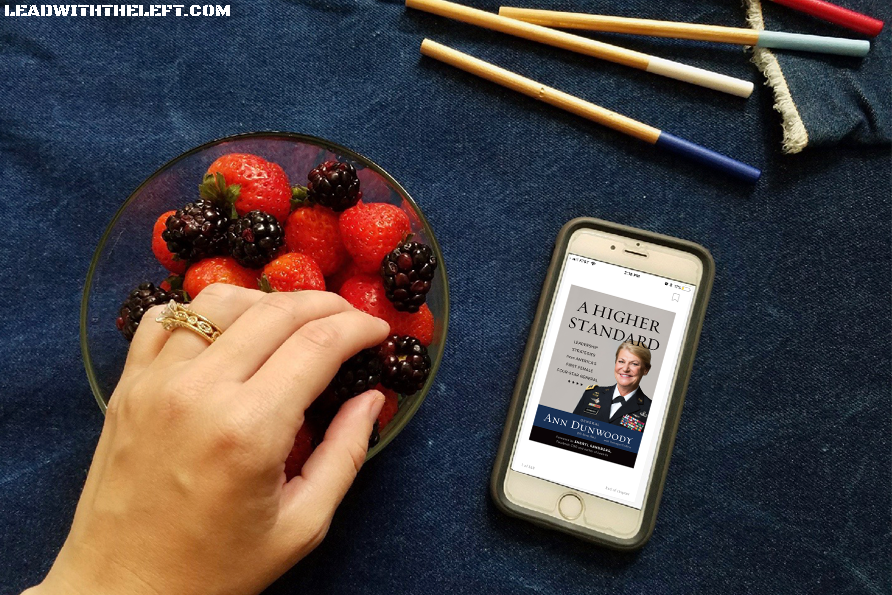 As a woman, her perspective on being a female in the military is refreshing.  She doesn’t ignore or downplay the role sexism has played in the military.  When she first enlisted in the 1970s, the Army had just fully integrated women for the first time.  Throughout her career, she was the first woman to get many of the certifications and fill a lot of the roles.  However, she doesn’t harp on the Army or complain about the sexist attitudes of some of the people she encountered.  She worked harder to prove herself and earn their trust and respect.  She acknowledges the difficulty many women face, and it’s encouraging to know a woman like her has been at the top addressing these issues.  Throughout her book, she honors the Army for the life it’s given her and the opportunity to break the “brass ceiling.”

Some of my favorite quotes:

If you take nothing else from this book–never walk by a mistake, or you just set a new lower standard!

The best way to have healthy debates and find the ultimate solutions to very complex problems is to have the best and brightest group of people who can offer diverse perspectives on the issues.  Be inclusive, not exclusive; embrace diversity of thought in management and in key leadership teams.

…I have a simple definition of courage: Having the guts to do the right thing for the right reasons.

Don’t stop trying or fighting for what you believe in the first time someone tells you no.

Enjoy your job and make a difference. Some of the most difficult decisions we make in our lives center around deciding how long to stay, when to change, or when to leave. Don’t leave these decisions to someone else or to chance–make them your decisions.

If you’re willing to dig a bit deeper into what it takes to be an effective military leader, A Higher Standard will help you apply the non-negotiable traits and principles of leadership to your life.  By exceeding the minimum and setting “a higher standard” for your life, you’ll set yourself and those you lead up for success.

Have you read this book?  What do you think of it?  Are there any other resources from Gen. Dunwoody that you’ve found helpful?

P.S.  I found the e-version of this book at my local library and read it via Overdrive on my iPhone.  You may want to check out this option if the paper version isn’t available in your area.