7 Reasons Why I “Let” My Wife Join the Military 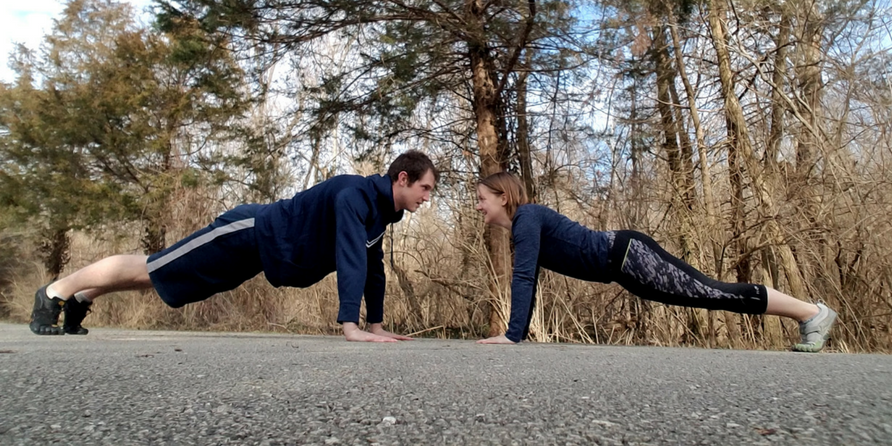 When my wife, who was at that time my girlfriend, asked if I would be okay with her joining the Air Force,  I thought about it for a minute… then gave her my full support. After that conversation, over the years of dating and then marriage, people have questioned me on my thinking:

“Why would you let your wife join the military?” “How can you send your wife into harm’s way?” “You need to get your woman under control.” “Won’t her military career get in the way of you achieving your own dreams?” “Fighting is a man’s job.” “I would never want my wife/ sister/ daughter/ granddaughter to have to go to war.”

Despite all the questions and guilt-tripping, I stand by my original decision that this is what’s best for our family.  Here are my seven reasons why:

Not all women are the same. Shortly after I came back from BMT and tech school, I noticed that Emileigh had a lot of the attributes that successful women in the military displayed. I also saw that a lot of women dropped out of training and didn’t have what it takes to be a warrior (as did many men). I don’t think every woman can be a warrior, but I am confident that my wife has the necessary qualities. In fact, I think she has a level of integrity, service, and excellence that will take her to the top echelon of the women and men that make up the U.S. military.

I have been working toward becoming a military chaplain for about ten years at this point, but I’m going to be married to Emileigh long after I hang up my uniform. I don’t want her to have any regrets at the end of her life or to feel like she could have contributed more. Purpose and meaning is important to everyone, and I want her to be able to look back on her life with pride and fulfillment. Military life will inevitably involve compromise and give-and-take between the two of us, but she is not the designated “giver” in the relationship and I am not the designated “taker.” We are both givers and takers.

As a Christian, I believe that Emileigh and I are equally valuable in the eyes of God. He crafted us both with specific intentions in mind for each of us, and Christ’s sacrifice to forgive us of our sin has put us on an equal playing field. We are both co-heirs with Christ, and our genders don’t limit us because we are all one in Jesus. She has equal access to the empowerment and gifts of the Holy Spirit to do anything that God has called her to do, the same as me.

Sometimes the husband is seen as the only “doer” in a marriage, and his wife is his assistant. If any mark is to be made on the world, he’s the one that has to do it because his wife is only there to support him in his ambitions, not necessarily to have any of her own. This is too much pressure. What happens if I don’t achieve lofty goals or life turns out differently than I expect? Or what if I do achieve them? What accomplishments could she have done that I snuffed out along my way because I never considered her abilities and opportunities viable options? If the Rogers are to make a mark on the world, I want each of our abilities and opportunities to contribute to that, not just mine. 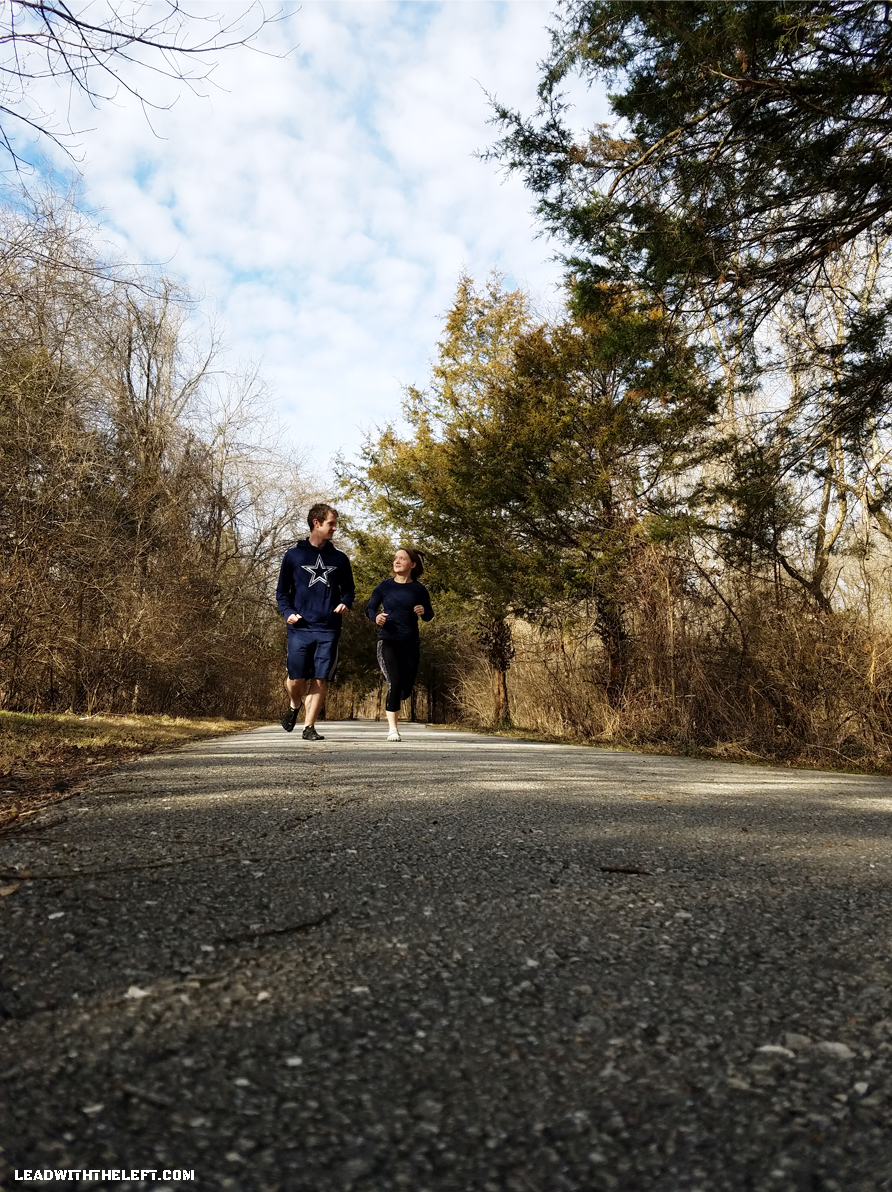 When Emileigh asked my thoughts about her joining the military, I knew this wasn’t just a whim or a fleeting desire. She knew what I had gone through as an enlisted Airman, so I knew she was serious. I had already noticed she had similar qualities to good leaders I had served under in the Air Force. She also has life experiences and skills that give her a unique perspective. She has also brought up new ways of looking at things that I, as a male, had not previously considered. All of these things are assets the military can use. Emileigh not only wants to join the military, she’s not only able, but she has real and valuable skills and perspectives to bring to the table that can make the military better.

Obviously, I love my wife a lot. I’m no different from any other military spouse in disliking the fact that my wife may at some points be in harm’s way while serving in the military. Also, as a man, I do feel a real responsibility to protect my family. However, I am well aware that my abilities and strengths only go so far in accomplishing that. I can be a skilled war fighter and still not be able to protect my wife from all the hardships and evil in this world. She could get into a car crash. She could get cancer. Any number of terrible things could happen from which I can not protect her, so I’m not under the delusion that keeping my wife out of the military will allow me to keep her safe. Ultimately, God is the only one that can protect my wife 100% of the time. There is nothing stronger than God, and he loves my wife far more than I ever will. I trust Him to do what’s right for me and my wife and to protect her while I’m not near. The safest place to be is in the center of God’s will, and I will not allow my personal fears to prevent my wife from being there.

It’s impossible to be the best at everything. As two different people, Emileigh and I bring different strengths and weaknesses to the table. If I always focused on beating her and making sure I was the best at everything, I would be trying for an impossible goal. Especially in military life, I have enough competitors. I want my wife to be my ally. We each build on our strengths and then use them to help the other person. Emileigh is good at weightlifting, so she makes our gym routines. I’m good at running, so I create our running schedules. Instead of trying to compete with one another, we save time by working together, and we both get better because of it. We are Team Rogers; any win for one of us is a win for the team. If Emileigh is wildly successful, it will only reflect well on me because I’m the guy that successful woman chose to marry. I see this as a win-win.

Has anyone else encountered obstacles like this when making decisions for your marriage? How have you responded to others that don’t seem to understand military life and/or the decisions you and your spouse have made? 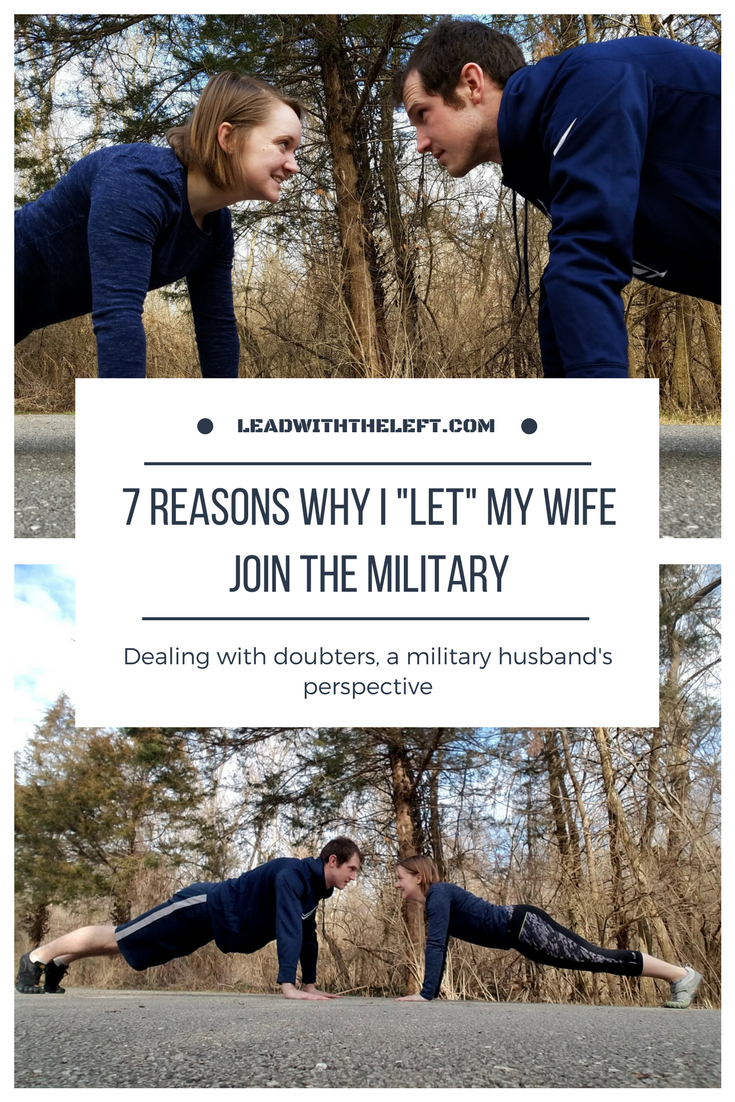